We read the poem ‘Christmas Day On The Somme’ by Leslie George Rub who also featured in our Individual Remembrance.

Leslie George Rub was 23 when he enlisted at Towoomba, Queensland, Australia on 25th August 1915. He sailed for Alexandria on board the H.M.A.T. Wandilla from Brisbane, Queensland. From Alexandria he was transferred from 26th Battalion to 2nd Pioneers because of his carpentry experience, and sent first to France, and then on to Flanders in Belgium.

In autumn 1917, seven weeks after the start of the Third Battle of Ypres, Australian troops finally captured Westhoek Ridge, where German strongholds were manned by machine gunners. Three days later Leslie Rub and other men from his company were in the night making a road between Broodseinde Ridge and Westhoek Ridge when they were shelled. Leslie was hit in the kidneys by shrapnel. He died the next morning, on the 23rd September 1917, at the 1st Australian Ambulance. He is buried at Dickebusch War Cemetry, 5 km southwest of Ypres. 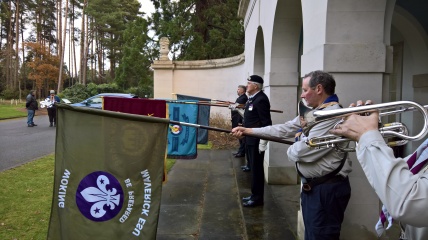 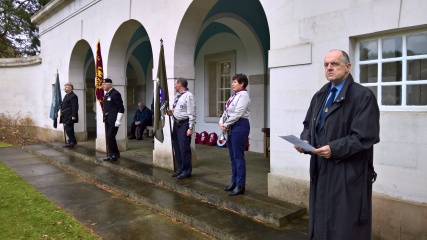